Up at 05:45 to rain over night so no cycling to get the papers, but still ok for a full dish of porridge after designing a replacement for the normal cardboard tube. Using my cad cam programme I soon had a maket of a version to 3D print.

Working down in the 3D shed I nearly missed the time to take Marie to the surgery in Ringwood. However we made it with a couple of minute before 08:15. for the pedarity appointment. As most shops were closed when we finished leaving plenty of time for coffee before shoe shopping.

Unfortunately both shops visited had nothing suitable, enabling us to get sandwich’s and the visit the green grosser sooner then expected. On returning home I made for the 3D shed to see how the cardboard tube replacement had turned out. All was well after nearly 2 hours the print was finished. Initially I had intended to produce the tube 100mm high but the print time was estimated at over 6 hours so l made do with a 25mm section.

Time was made to another coffee and hot cross bun, not looking what I was doing I set the microwave to max instead of 360, the-buns were just about-editable.

Next on the to do list was tan addition to the drawing of the drill jig for the little computer car scheduled for the autumn term at the local school so no time to loose.having made some additional holes the design was converted to machine readable code by posting into the include converter.

When I put the light out in the shed a circlular glow emanated from the roll of plastic that I use for 3D printing This the first time I have seen this and to all intends its a standard roll of PLA polylactic acid (Poly or polylactic acid or polylactide is a biodegradable and bioactive thermoplastic aliphatic polyester derived from renewable resources, such as corn starch, cassava roots, chips or starch, or sugarcane. In 2010, PLA had the second highest consumption volume of any bioplastic of the world

My very simple analogue car project is  used in a local after school  Engineering club. The tital including the word analogue is that we made a version using the BBC MicroBit but time was not on our side to really use that car to promote coding. 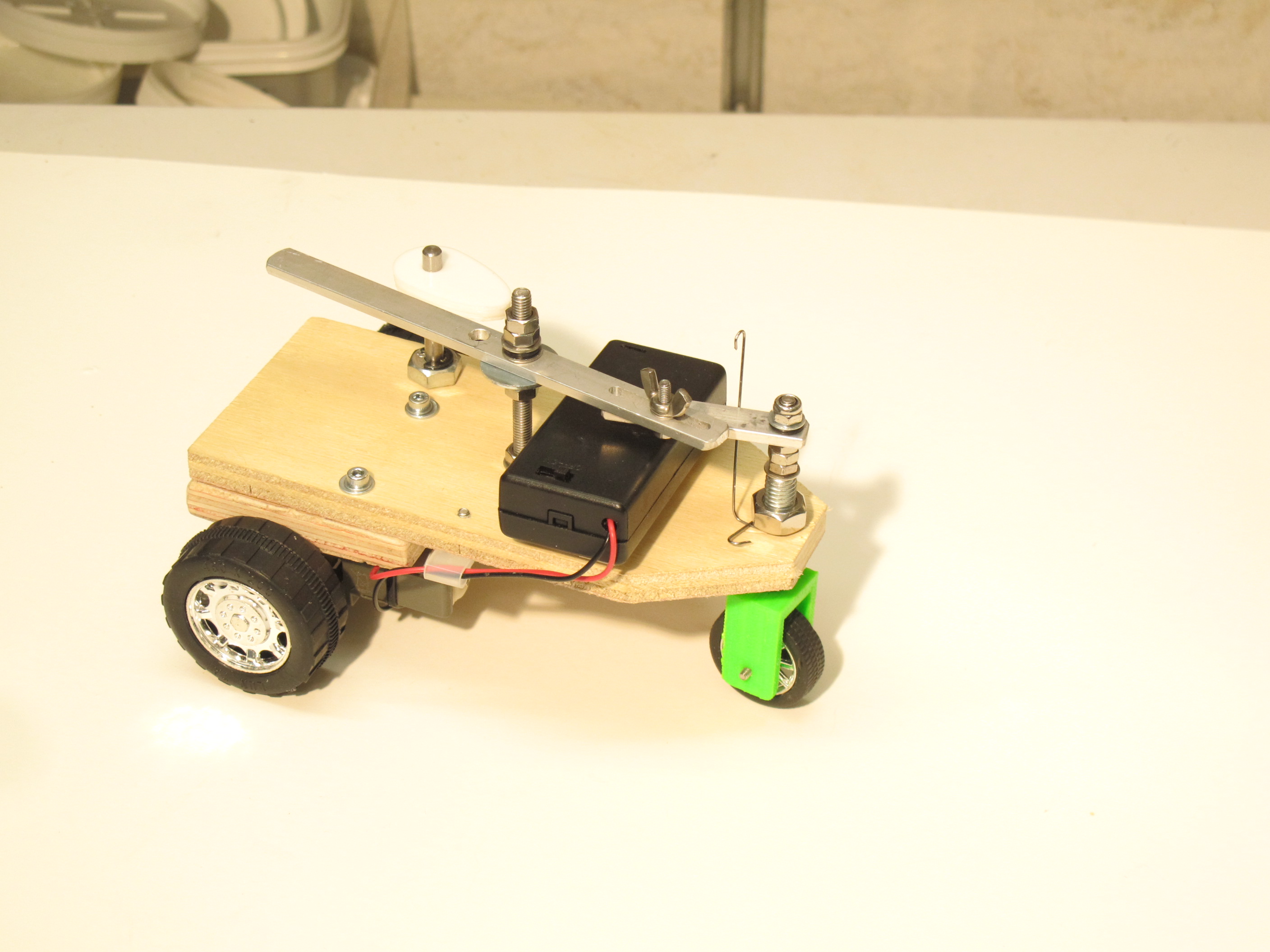